Since beginning this Backroads Tour, I’ve been writing this blog to record some of the daily discoveries on the journey. With this final post, I hope to reflect on a few of the bigger thoughts and impressions with which I return home.

Alaska is a very large place. I remember thinking that the last time I was here. But having ridden 350 miles of it in the saddle of a bike, the thing that now strikes me is less about the bigness of it, and more about the scale of this State. The mountains, the glaciers, the rivers, the waterfalls, the seas, the animals, fish and birds are all on a grander scale than we have in the lower 49 States. Alaska covers more than 663,000 sq miles. Pennsylvania covers 46,000, 14 times smaller. The climbs were long and arduous; the descents long and frightening at times. I just felt smaller, less significant, more vulnerable. I seemed to respect my smallness a lot more there than at home.

The Alaskan environment presents extremes on a daily basis. The rain was harsh, cold and steady. The dreary days are really, really dreary. The sun likes to hide in Alaska–everyone knows it goes into hibernation for several months in the winter. And even in the summer it plays hide-and-seek with the mountains and clouds, never out for more than a few hopeful moments. But when it shines, it makes everything superbly beautiful. The shadows against the mountains, its crevasses and the way it lights up the river valleys and waterfalls is breathtaking. The high probability od experiencing these extremes makes every day an adventure in Alaska. More so than anywhere else I’ve traveled thus far. I’m sure there are other places like this on earth, but Alaska is in the top 5 in the category of dealing with extremes. The upshot is I never went on a ride without over-preparing, ready for just about anything, and sometimes that wasn’t even enough to keep safe from the rapidly changing elements.

Not surprisingly, the residents of Alaska are also prone to extremes. They all seem to drive pick-up trucks. They drive incredibly fast. They bear the weight of some of the most dangerous, life-threatening jobs in the world. And their play time is also hard and even life threatening. One night we listened to the story of a female “musher” who completed her first Iditirod a few years ago. Unbelievable what she went through, just to finish. What I loved was that the majority of the people we met were honest, hard working, unpretentious and forthright. One day, Mary ran out of water while riding. The signal for the SAG van to,stop was to put your left arm out. When Mary put her arm out a passing car stopped and offered her bottled water. A complete stranger. These are the kinds of people you would want at your side if you were in trouble or needed a hand. I hope to,be more like that now that I’m home.

Mother Nature can be pretty cranky in Alaska. There was an earthquake our last night in the hotel. Didn’t last long, but I’m told they have them nearly every day. The mosquitos are absurdly abundant and everywhere. They bite like hell and the itch lasts for days. Snow is always present, always moving in the form of icy glaciers or rapidly moving snow melt. The bears show up at any time, any place. It is very hard to control your personal environment in Alaska. I felt vulnerable to some aspect of the environment every day I was there. And frankly, all the preparations in the world may not make a difference in some situations. But, I learned to pay attention and be keenly aware of my environment every minute–taking nothing for granted.

I’m a decent bicyclist in the flats and on rolling hills, but on the steeper ascents, I’m slow. Some of that is age; some is training, or lack thereof, and some of it is acceptance of my limitations. I honestly appreciate how much some of my riding buddies are willing to suffer to climb steep hills. And I used to try to emulate them. The fact is, I love riding, and I’m determined to climb the steeps even if it kills me. But my ego can now handle having to stop to take a breather half way up, or every 200 yards if needed, to tackle the big ones. My intense competitiveness is beginning to give way to a little maturity, enjoying my challenges a lot more, regretting outcomes a lot less.

Alaskans drive fast, very fast. All the time. Nearly every pick-up truck in the world begins its life in Alaska. They all have at least one. Every pick-up truck comes with a trailer pulling ATVs, or I’m guessing snowmobiles in winter. And they drive fast. In 350 miles of cycling, I saw exactly one speed limit sign. Alaska is a rugged and untamed land, still a frontier in many ways. We are so lucky other people like to live there. It would be hard.

By Thursday, many parts of my body were seriously hurting. I felt my quads, glutes, hamstrings and sitz bones as if they were sitting on the surface of my skin. Somehow though I felt alive, really alive. The fact is many people spend an entire lifetime without testing the limits of their bodies. They’ve never felt the pain that comes from the rawness of stretching personal limits until it hurts and stings. It’s crazy, but all that testing of boundaries and the accompanying pain produces an opportunity to discover the kind of character you are capable of. It also makes life richer. Not everyone likes riding, but every one should have something that stretches their bodily limits. It reminds them what it is to be alive. This past week, I was truly alive and well, even though a few body parts didn’t agree.

The only true failure in life is not trying. Taking risk is a necessary ingredient to feeling our life has had meaning, because without risk there is very little reward or personal growth. Those that take risk and fail are forced to learn how to manage disappointment in a healthy and growing manner. Last year I didn’t fail to conquer the Tour of Colorado, I just didn’t try because I didn’t know how to handle the possibility that I might fail. My trip to Alaska was in many respects a redemption of that failure to try last year.

Well, that’s it for this adventure. I’ve attached a few more pics to wrap up the story. Hope out enjoyed the ride as much as I did. 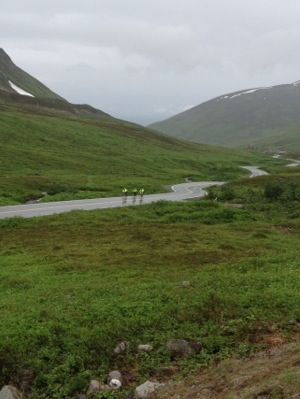 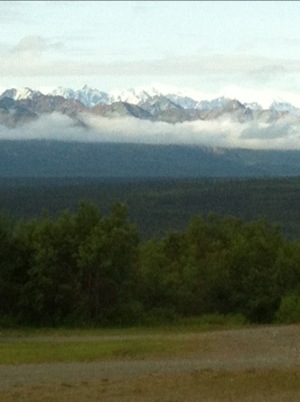 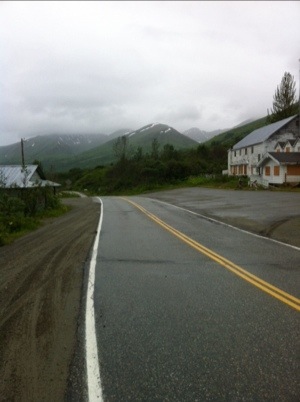